The Scoop On Sippy Cups

Many pediatric dentists believe that frequent, prolonged sippy cup use contributes to toddler tooth decay. Sippy cups are an excellent tool to help ease the transition between baby bottles and regular adult drinking glasses. However, sippy cups have become so effective in preventing spills and leaks, that the majority of parents continue to use them – often well into late toddlerhood. As a consequence, pediatric cavities (often called “baby bottle cavities”) are becoming increasingly prevalent in children between the ages of two and five.

The American Academy of Pediatric Dentistry (AAPD) advises parents to make a “well-baby” checkup with a pediatric dentist approximately six months after the first tooth has emerged. At this visit, the pediatric dentist is able to educate parents about sippy cup use and general oral care routines, as well as provide strategies for eliminating unwanted oral habits. 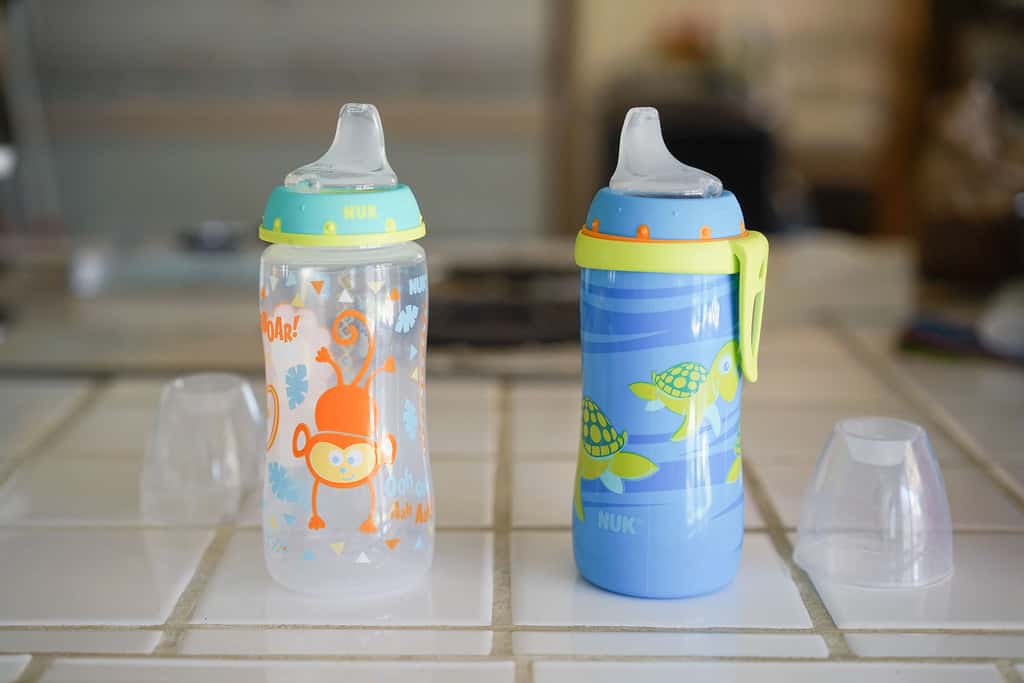 When should my child use a sippy cup?

A sippy cup should be introduced when the child is first physically able to grasp it. Its use should be discontinued as soon as the child has enough motor control to use an adult-sized cup – usually around one year of age. Children are at risk for tooth decay as soon as the first teeth emerge from the gums, making it crucial to implement a good oral care routine as early as possible.

During the sippy cup period, pediatric dentists provide the following guidelines for parents:

How do sippy cups cause tooth decay?

Sippy cups alone do not cause tooth decay. Oftentimes, the real problem is that parents tend to fill them with sugary, decay-promoting liquids. Examples of such liquids breast milk, baby formula, fruit juice, soda, and sweetened water.

Since sippy cups only emit a tiny amount of fluid at a time, the sugars in the fluids are continuously being swashed in and around the child’s teeth. Oral bacteria feed on these sugars and produce harmful oral acids. Acids attack the tooth enamel, weakening it and rendering it susceptible to decay. Sometimes cavities (caries) between the teeth, which are hard to see. Biannual appointments with the pediatric dentist are the best way to monitor the condition of the teeth, and to ensure that cavities are not developing.

Which sippy cup should I choose for my child?

All sippy cups are not created equal. The American Dental Association (ADA) provides the following guidelines for choosing a good sippy cup:

Avoid “no-spill” valves – In essence, sippy cups with no-spill valves do not advance the child’s sipping. They only release a tiny amount of liquid, meaning that sugars are swilling around the mouth more often.

Choose a spout – Cups with a snap-on or screwing lid with a spout are preferable to the alternatives. These cups promote good drinking habits, as opposed to being “glorified baby bottles.”

Two handles are better than one – The goal of the transition is to make the child feel comfortable enough to grasp an adult-sized cup. Since larger cups require the use of two hands, it is better for the child to get into this habit early.

If you have questions or concerns about tooth decay or the use of sippy cups, please contact our office.